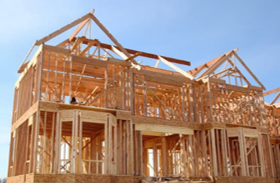 [This column was first published by Construction Today.]

November 12, 2021 —What is the greatest challenge facing builders today? America’s housing inventory crisis tops the list. The inventory gap impacts nearly every facet of the home building business and will for years to come.

Let’s dig into the numbers:

Between 1959 and 2007, an average of 1.1 million single-family US homes was built annually. However, since 2007 the US has failed to reach that 48-year average, creating a shortage of 5.5 million homes.

The largest cities in states with the greatest population growth are feeling the pain most acutely.

Texas has the fastest-growing US population. Dallas-Ft. Worth and Houston are its largest cities and with America’s biggest new home markets.

Turning to Terri Hayley, Division Sales Manager of Coventry Homes, Bruce Heikkinen, President of Impression Homes, and Ted Wilson, Principal of Residential Strategies – three of the brightest minds in the housing business in Texas – they provided additional insight into what is happening.

Before the shutdown Dallas area families, like most families, were driving to work, carpooling, eating out, and attending entertainment events. Their home was a place to visit and sleep between those activities. But, as they pivoted to remote work, remote schooling, eating at home, and television for entertainment, people realized their homes were not working for them. The solution was either to improve their homes or move…more