Dallas, Texas – August 22, 2018 – The pace of new home sales remained steady in three of the four largest new home building markets in Texas last month, but continued to slow in Houston according to data released today by HomesUSA.com, including its New Home Sales Index and data from local Multiple Listing Services. The new home sales pace in Dallas-Ft. Worth, Austin, and San Antonio remained unchanged for July, but the Days on Market (DOM) for new home sales in Houston increased from 158 days in June to 166 days in July. The Days on Market in Houston has increased every month since January.

“Despite the fact that Houston’s sales pace continues to slow, there is still strength in their new homes sales numbers,” said Ben Caballero, owner of HomesUSA.com. “Houston’s average new home price is up for the second month in a row as are its total new home sales. What’s somewhat surprising is that Dallas-Ft. Worth, which has posted the strongest numbers in the nation month after month, has shown its first soft numbers in quite some time,” he noted, citing other information released today by HomesUSA.com based on data from local Multiple Listing Services. 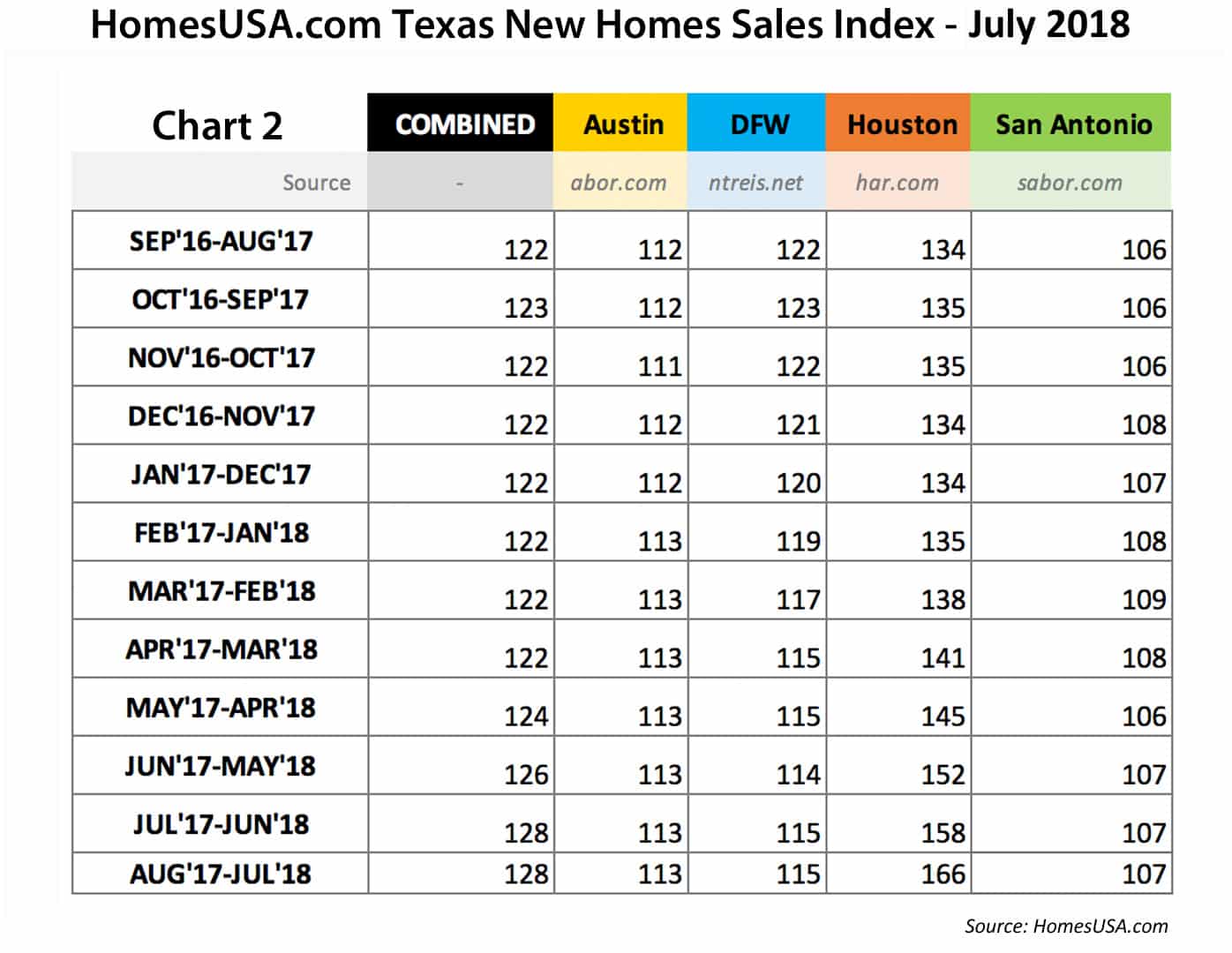 Statewide, the number of new home sales in Texas jumped last month, from 3,719 in June to 3,743 in July. That’s according to data compiled by HomesUSA.com from local MLS and trade associations, including the Houston Association of REALTORS, North Texas Real Estate Information Systems, San Antonio Board of REALTORS and the Austin Board of REALTORS.

Ironically, all of the state’s largest home building markets showed higher sales last month, except it’s largest: Dallas-Ft. Worth. New home sales in Dallas-Ft. Worth continue to slow down, falling slightly from 1,340 in June to 1,333 in July. 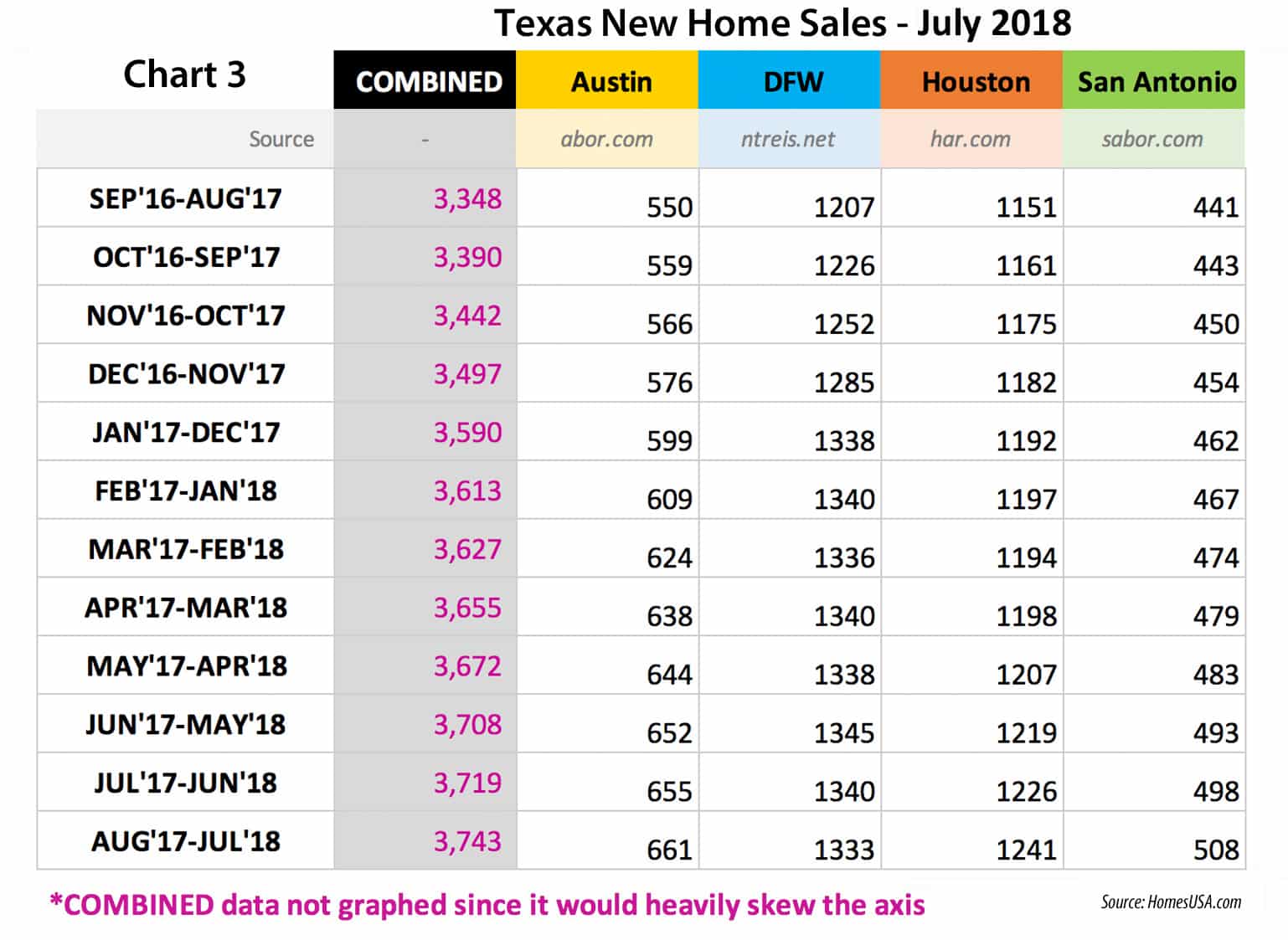