Dallas, Texas – July 24, 2018 – The pace of new home sales in Houston continued slowing last month, but the other three largest new home markets — Dallas-Ft. Worth, Austin, and San Antonio – remained stable. The Days on Market (DOM) for new home sales in Houston increased from 152 days in May to 158 days last month, according to the HomesUSA.com New Homes Sales Index released today.

It took 17 percent longer to sell a new home in Houston last month compared to July of last year, when it took 135 days, according to the HomesUSA.com Index.

“Despite Houston’s sales pace slowing, there is still strength in the new homes market,” said Ben Caballero, owner of HomesUSA.com. “The average new home price in Houston went up slightly last month and we saw total new home sales rise slightly as well,” he noted, citing other information released today by HomesUSA.com based on data from local Multiple Listing Services.

Recently recognized by Guinness World Records as the world’s most productive real estate agent based on home sales, Caballero is sharing this Texas new homes data in advance of the upcoming announcement by the Commerce Department on New Home Sales for June. The Commerce Department will report nationwide new home construction data at 10:00 am Eastern, Wednesday, July 25, 2018.

None of the other top three new home markets registered a faster new home sales pace last month. Dallas-Ft. Worth, the state and nation’s biggest new home market in total sales volume, saw its DOM increase one day from 114 days in May to 115 days in June. Austin’s DOM remained the same from May to June at 113 days, as did San Antonio at 107 days for both months. “Seasonality is the most likely reason for this” said Caballero (See Chart 1 – Texas HomesUSA.com New Home Sales Index Numbers – Days on Market; Chart 2 – Texas HomesUSA.com New Home Sales Index Tracking – Days on Market) 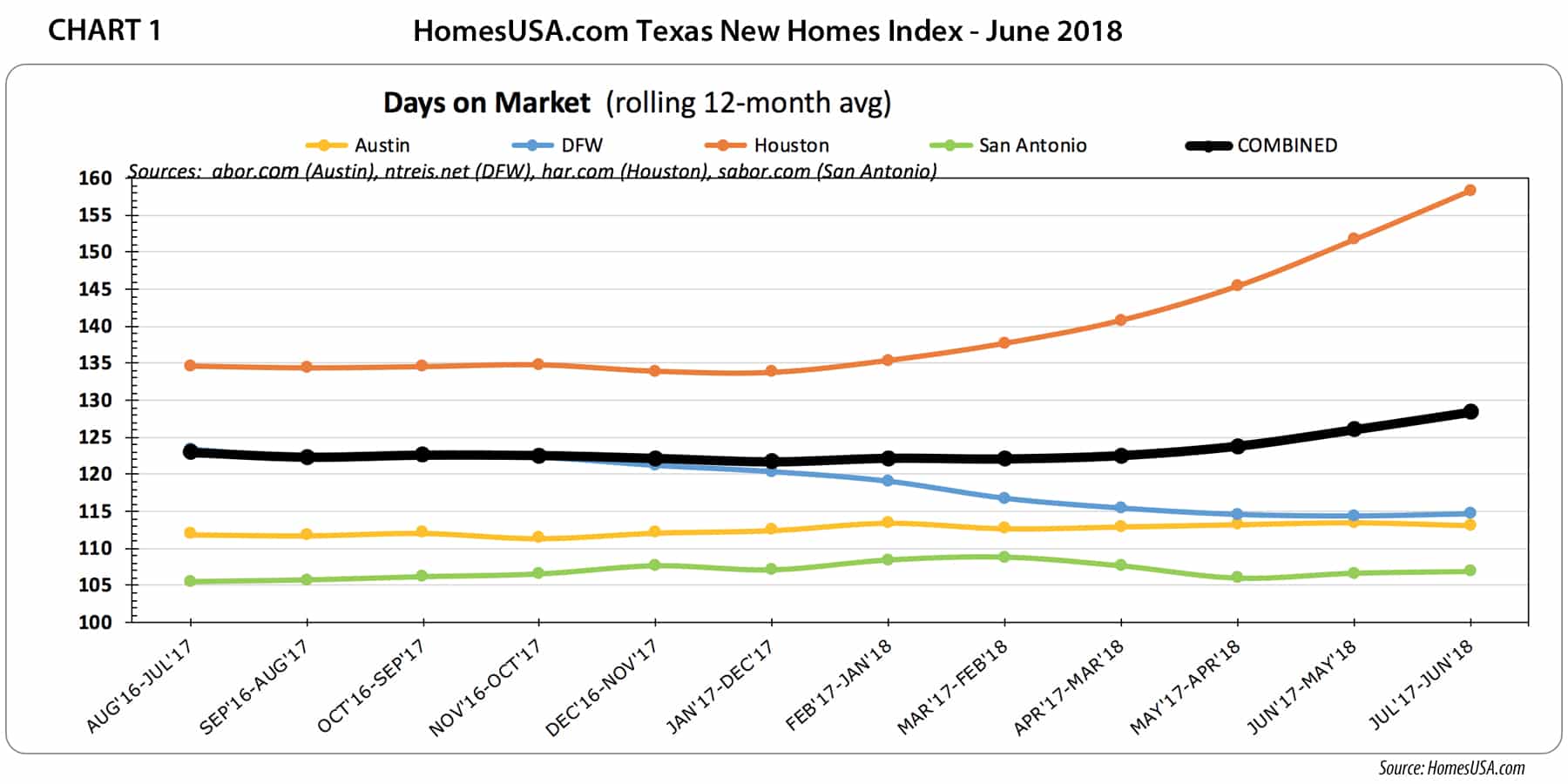 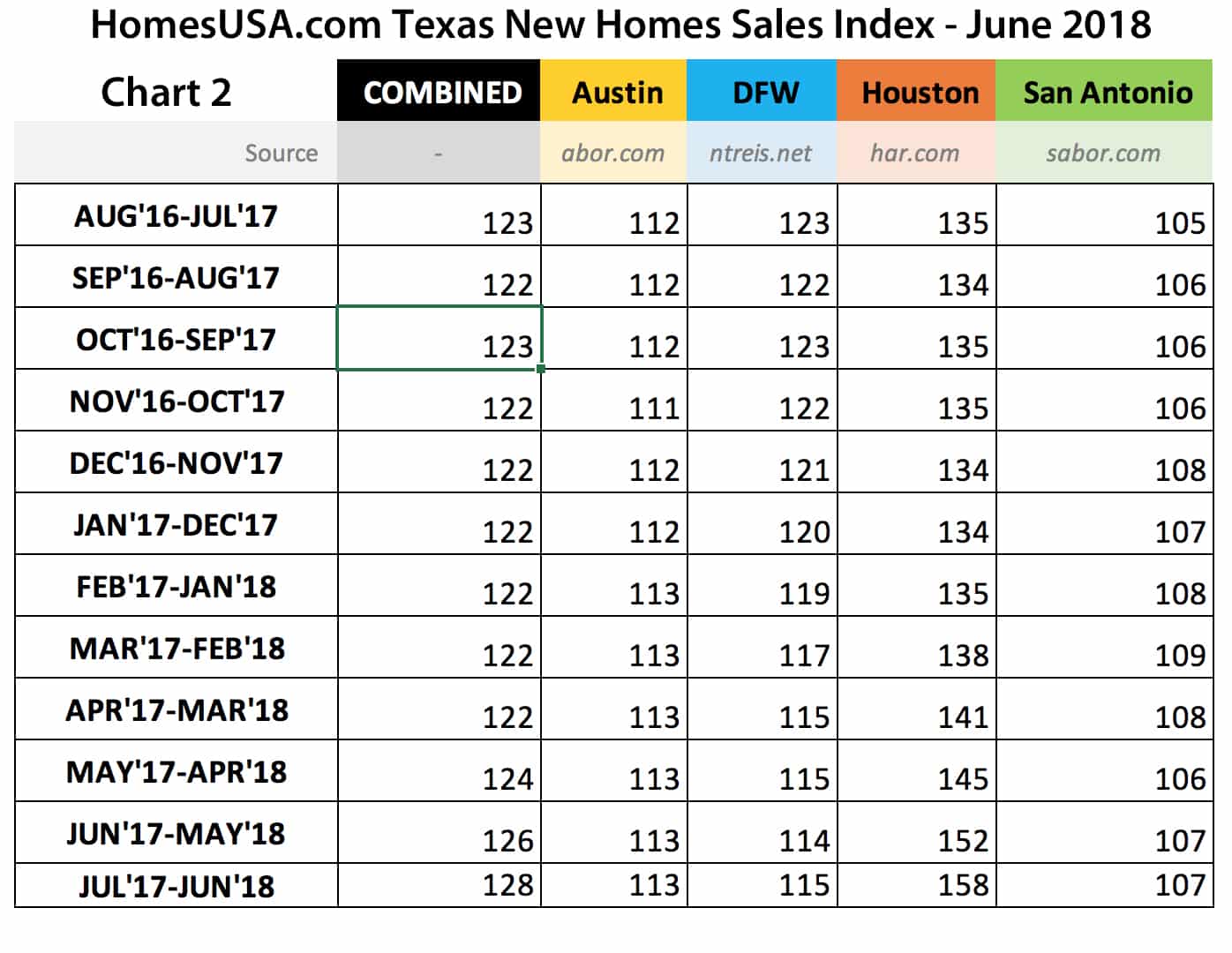 Statewide home prices rose slightly as the statewide average new home price increased slightly from $349,248 in May to $350,941 in June. 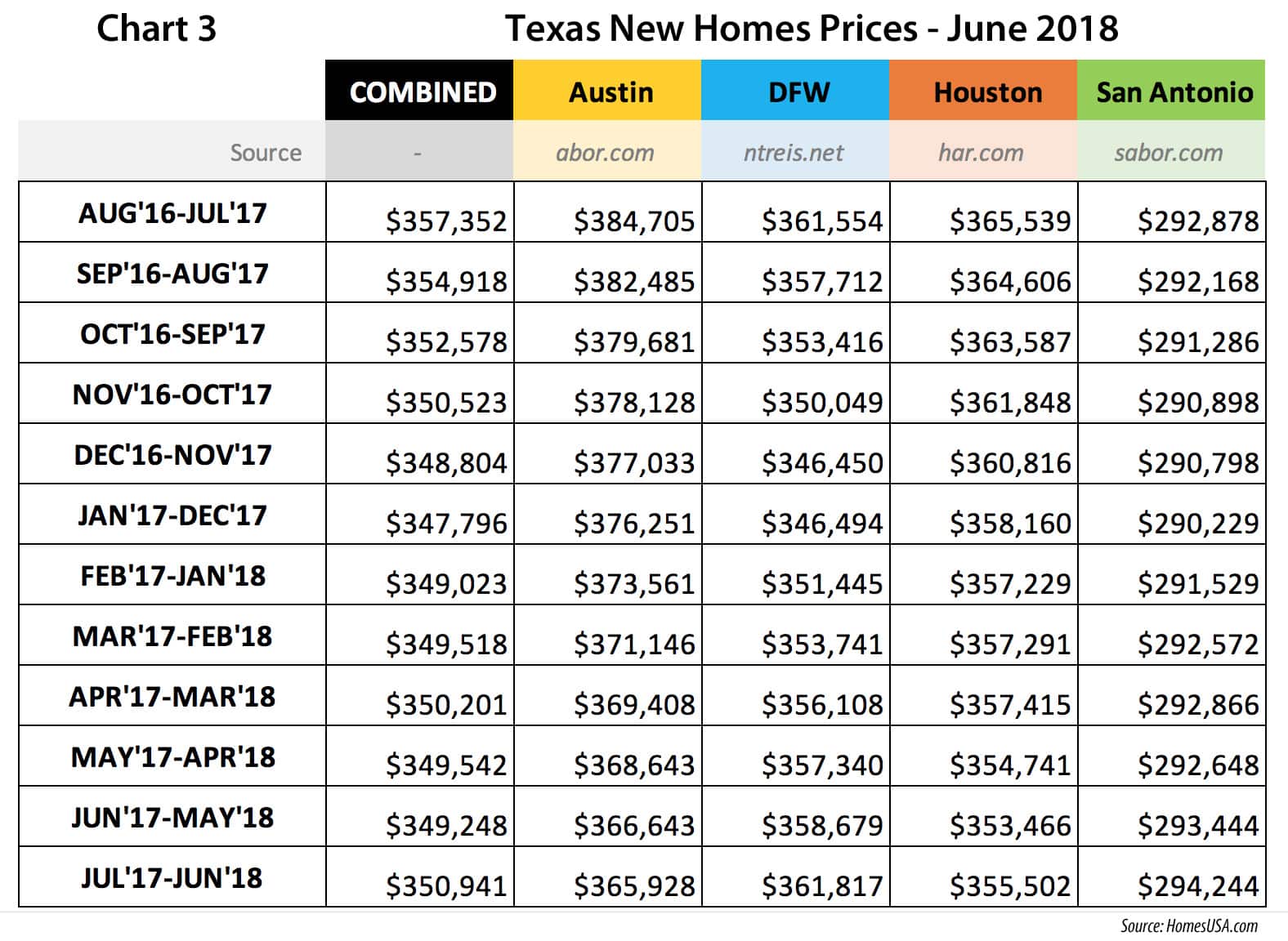 Ironically, all of the state’s largest home building markets showed higher sales last month, except it’s largest: Dallas-Ft. Worth. New home sales in Dallas-Ft. Worth fell slightly from 1,345 in May to 1,340 in June. up from 1,338 sales in April. 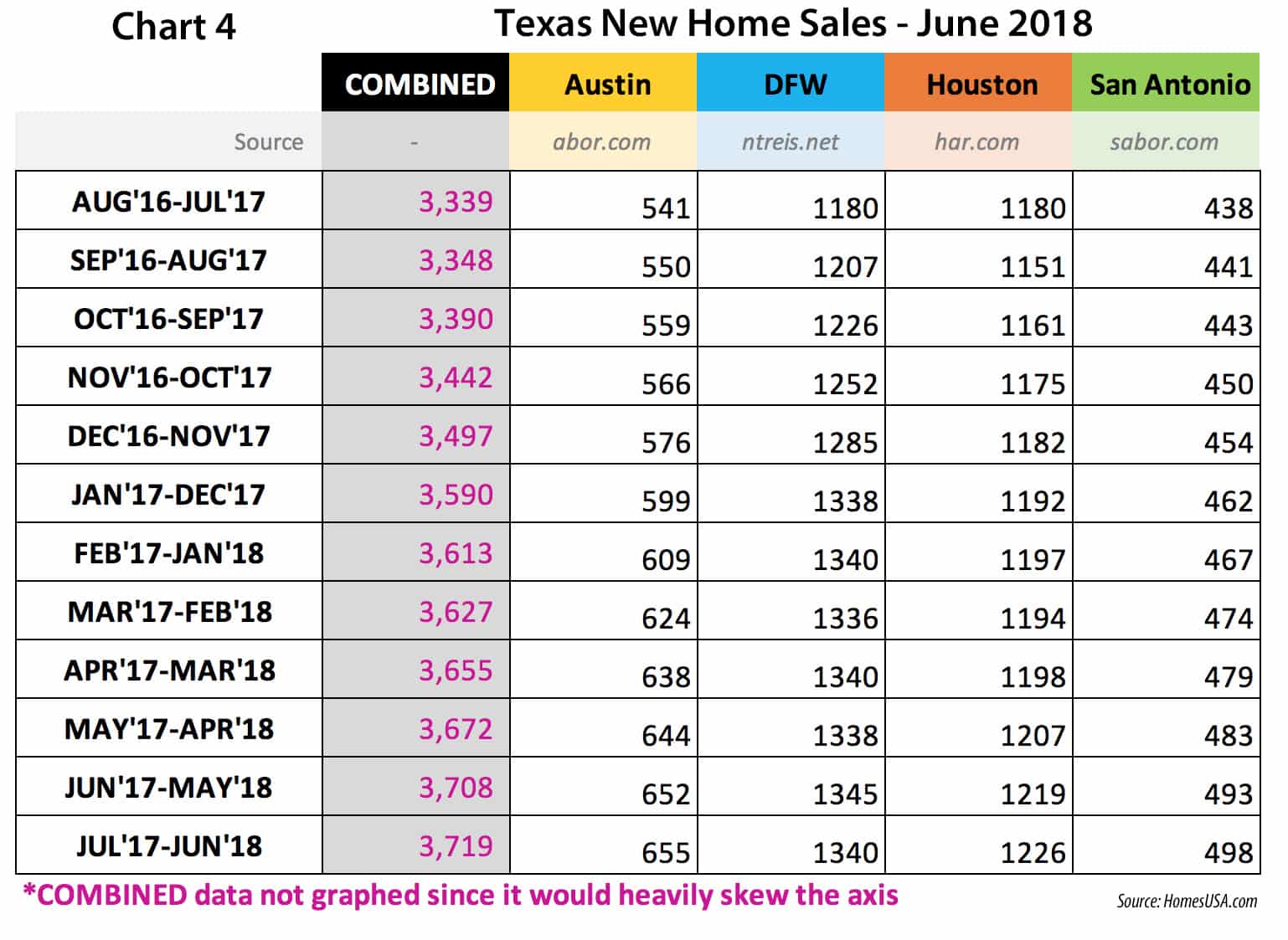