Dallas Homes Sold for More than Asking in 2017

Homebuyers competing for a property in North Texas are going the extra mile to make a deal. Last year, almost 40 percent of the Dallas-area homes that sold went for more than the asking price, according to new data from real estate portal Zillow. Nationwide, about 1 in 4 homes sold for more than the original list price.

“Low interest rates and strong labor markets with high-paying jobs have allowed homebuyers in some of the country’s priciest housing markets to bid well over asking price,” Zillow senior economist Aaron Terrazas said in a new report. “We don’t expect this inventory crunch to ease meaningfully in 2018, meaning buyers will be facing many of the same struggles this year.”

In Dallas, the median amount buyers paid over asking price was 5.7 percent or $12,023, according to Zillow. That compares to 3.1 percent more nationally or $7,000 above list price.

In San Jose, San Francisco, Salt Lake City and Seattle more than half the houses sold above the price listed with real estate agents. 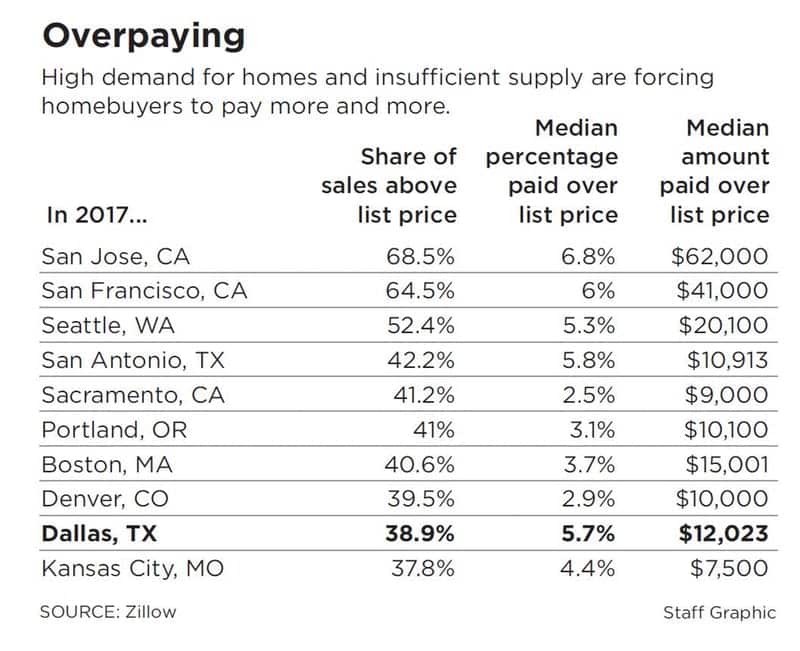 Among major Texas markets, San Antonio had the largest number of sales above list price — 42 percent. About 33 percent of houses that traded in 2017 in Austin went for more than asking price and in Houston it was 33 percent.

The number of homes across the country that fetch higher than list prices has been growing in recent years with the lack of inventory on the market.

In North Texas, only a two-month supply of homes was listed for sale in December — a third of what is considered a “balanced” market. D-FW home prices are currently at record levels and have risen by more than 40 percent in the last four years.

In 2017, it just took about 40 days on average to sell a pre-owned North Texas single-family house listed for sale with a real estate agent. 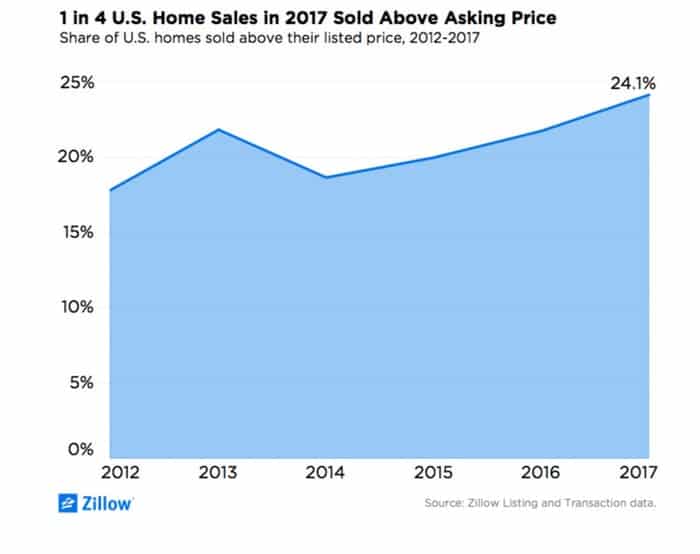