The pace of new home sales slowed slightly statewide as the number of Days on Market (DOM) for new homes was slightly higher as prices continued to rise in all four of the state’s largest markets, according to HomesUSA.com™.

The HomesUSA.com™ New Home Sales Index showed the DOM for new home sales statewide in October was 112.81 days, up from 112.70 days in September. Average new home prices in Dallas-Ft. Worth, Houston, Austin, and San Antonio all increased last month, as the statewide average rose from $355,821 in September to $357,547 in October, the company reported.

The HomesUSA.com™ Index shows the Days on Market for San Antonio improved from 106.56 days in September, dropping to 105.42 days in October. Dallas-Ft. Worth, the state and nation’s biggest new home market in total sales volume, was unchanged in October at 114.46 days, the same as for September. Austin’s DOM worsened, increasing from 114.28 days in September to 115.48 days in October. (Due to technical issues the Houston Association of Realtors is experiencing, they are unable to provide Days on Market data. This report will be updated when data is provided.) 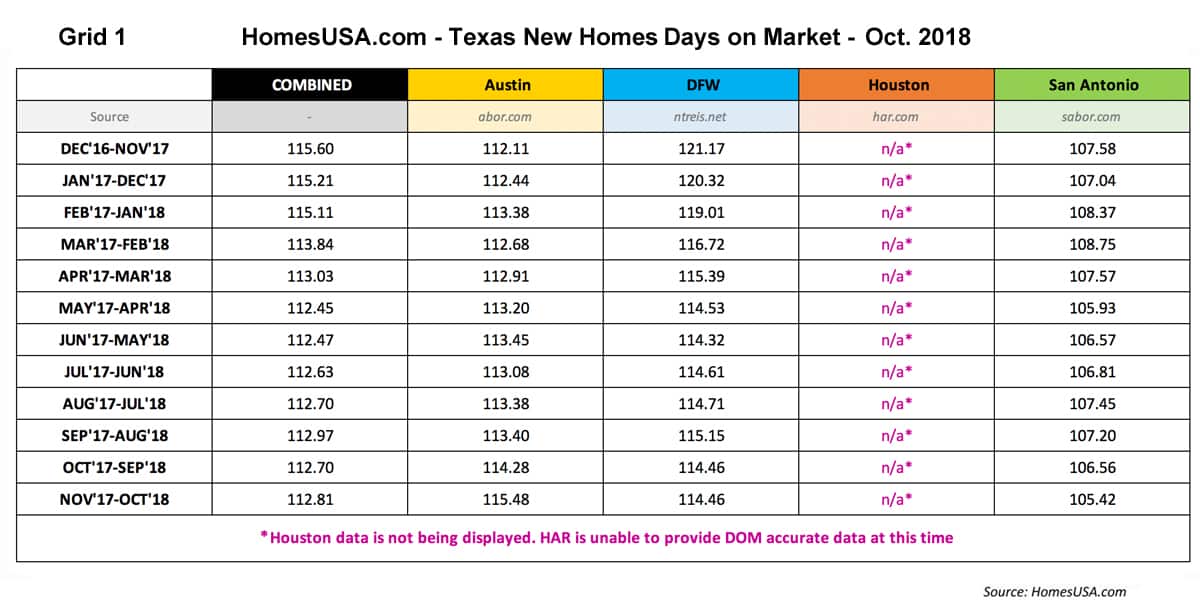 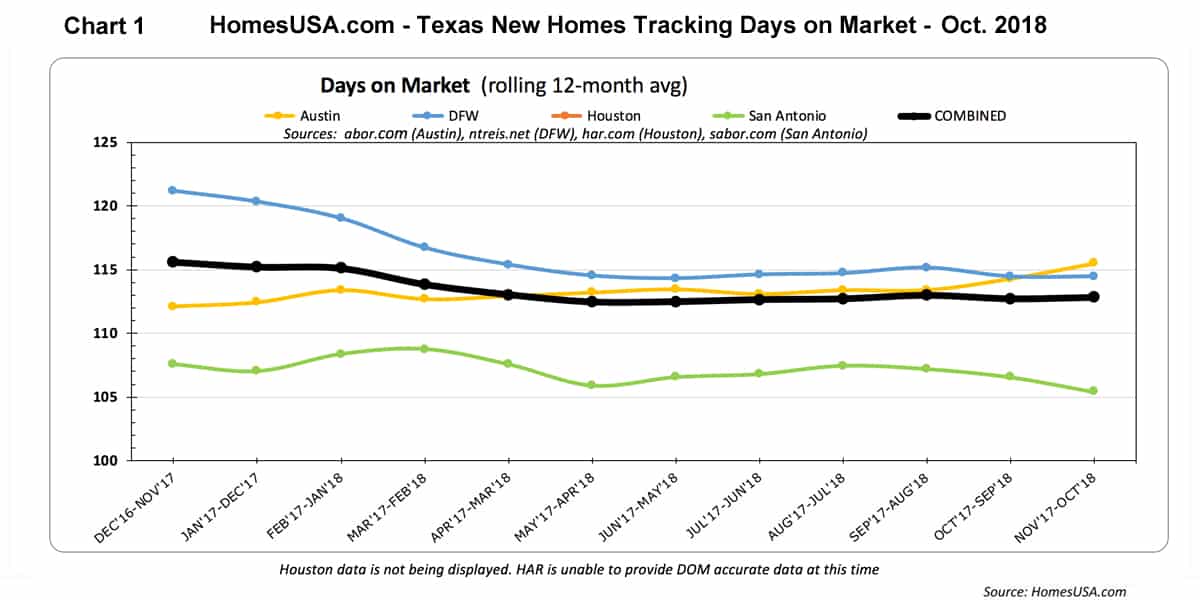 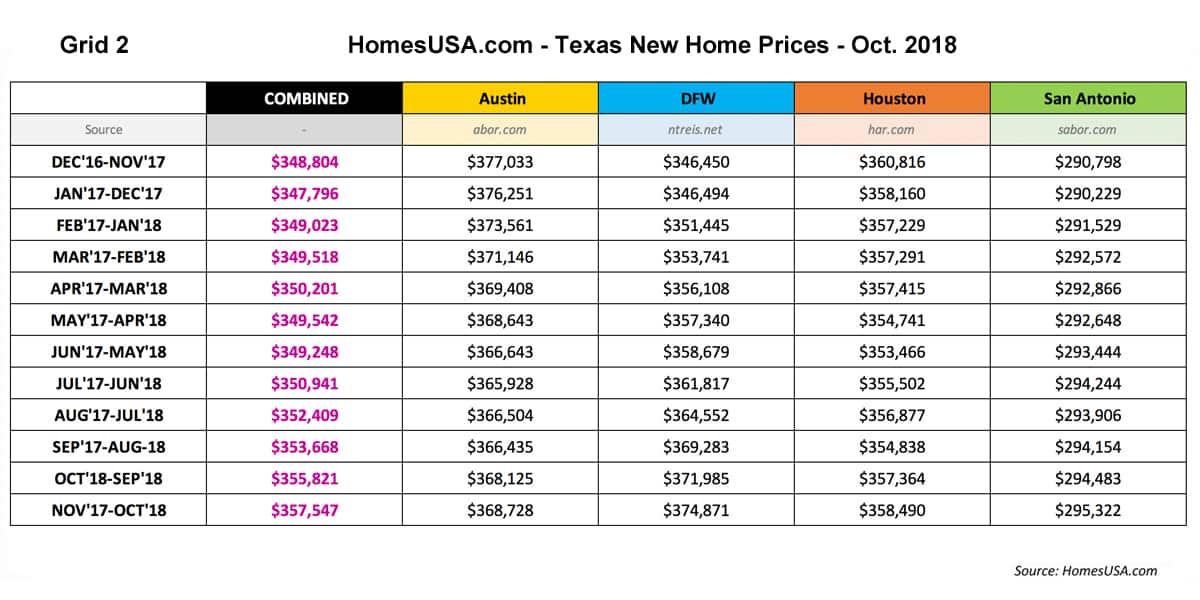 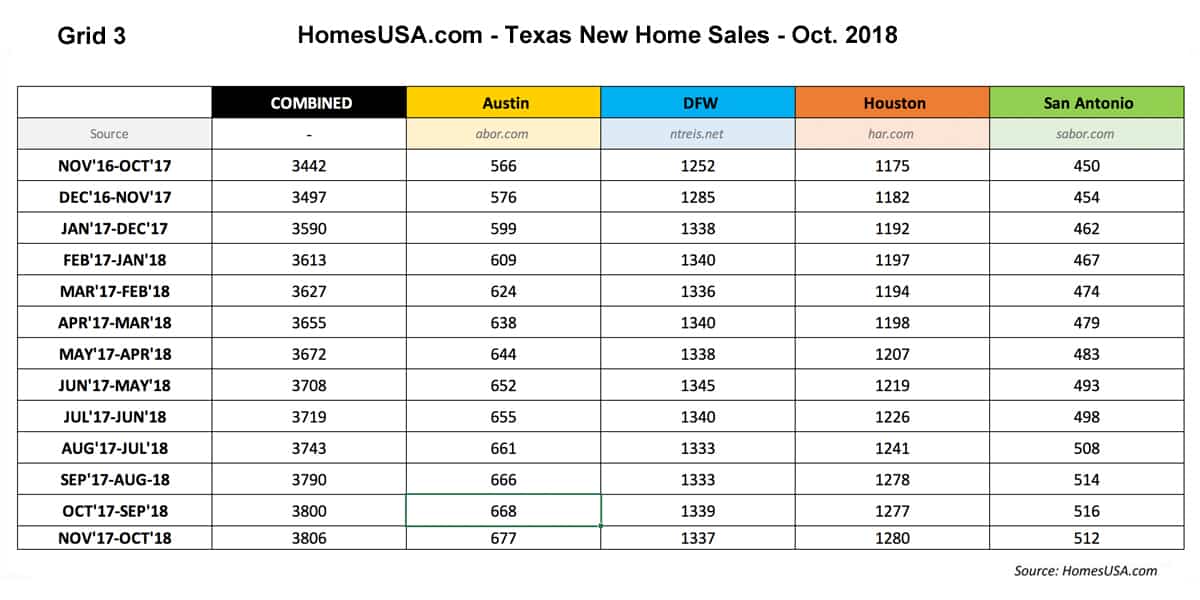