DALLAS, TX — Oct. 24, 2018 — The pace of new home sales improved statewide, even though new home sales prices went up last month statewide and in all four of the state’s largest markets, according to HomesUSA.com™. The HomesUSA.com™ New Home Sales Index showed its Days on Market (DOM) for new home sales statewide in September was 112.70 days, down from 112.97 days in August. Average new home prices in Dallas-Ft. Worth, Houston, Austin, and San Antonio all increased last month, as the statewide average rose from $353,668 in August to $355,821 in September, the company reported.

“Builders are delighted to see the resiliency of the Texas new home market,” said Ben Caballero, owner of HomesUSA.com™. See Grid 1 and Chart 1. 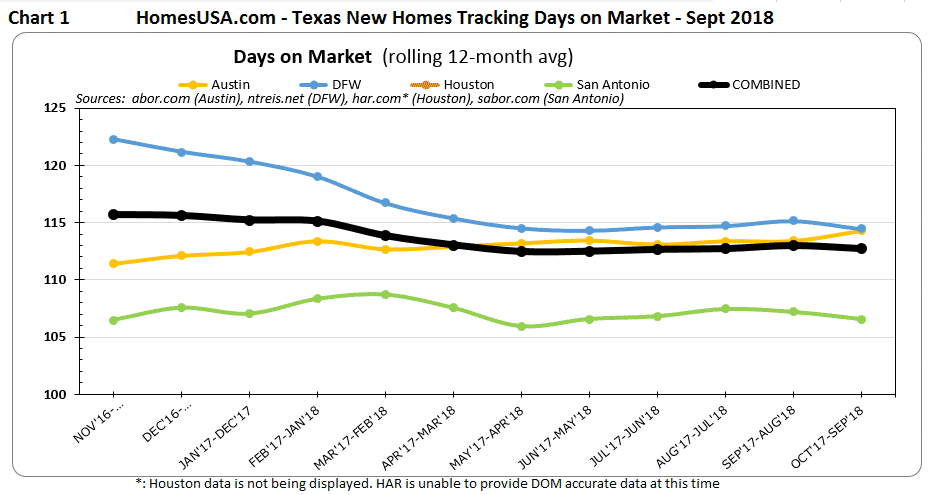 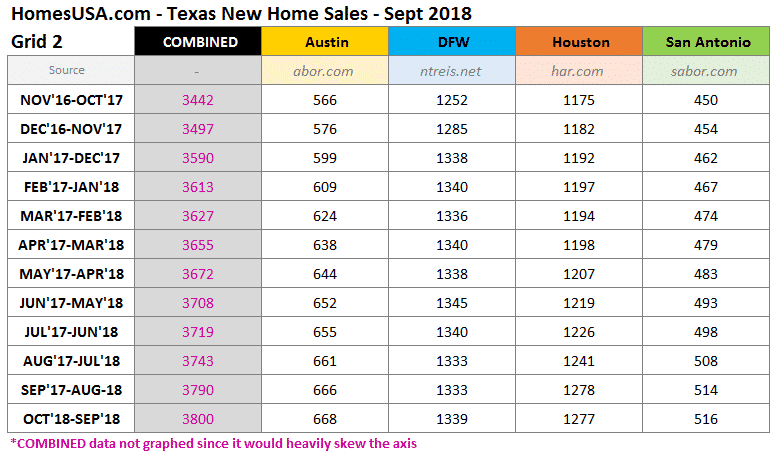 “Texas continues to lead the nation in new home sales,” said Caballero. “Despite higher home prices, the state is still performing at record new home sales numbers,” he noted, citing other information released today and compiled by HomesUSA.com™ from local MLS and trade associations, including the Houston Association of REALTORS, North Texas Real Estate Information Systems, San Antonio Board of REALTORS and the Austin Board of REALTORS. 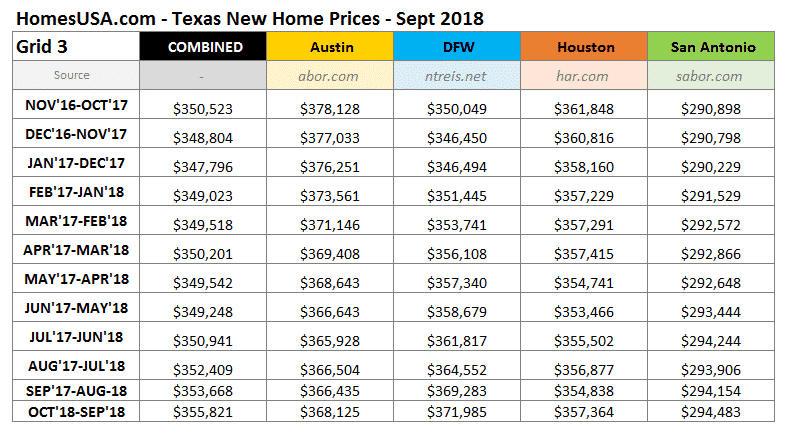 About the HomesUSA.com™ New Home Sales Index
The HomesUSA.com™ Index is a 12-month rolling average of the Days on Market (DOM) for new homes listed in the local Multiple Listing Services (MLSs) for the four largest Texas markets, including Dallas-Ft. Worth, Houston, Austin, and San Antonio. Created by Ben Caballero, founder, and CEO of HomesUSA.com and the most productive real estate agent in the world, it is the first index to track the sale pace of new home sales specifically.

About Ben Caballero and HomesUSA.com™
Ben Caballero is a Guinness World Record holder1, earning him the reputation as the world’s most productive real estate agent. Top-ranked in America by REAL Trends since 2013, as published in the Wall Street Journal, he is also the only agent to exceed $1 billion in residential sales transactions in a single year; a feat first achieved in 2015 and repeated each year since. An award-winning innovator, Caballero is the founder and CEO of HomesUSA.com™, Inc., working with more than 60 home builders in Dallas-Fort Worth, Houston, Austin and San Antonio. Learn more at HomesUSA.com™ |Twitter: @bcaballero – @HomesUSA | Facebook: /HomesUSAdotcom.

Note for journalists: You may contact Ben Caballero directly on his cell at (214) 616-9222 or by email at ben@homesusa.com.