Days on Market statewide was relatively flat, so new homes sold at about the same pace in November as they did in October in Texas, according to HomesUSA.com™. But the big news for November was the increase in the average price of new home sales in Texas for the sixth straight month.

Average new home prices in Dallas-Ft. Worth, Austin, and San Antonio all increased last month, as the statewide average in Texas rose from $357,547 in October to $358,108 in November, the company reported, based on data from local Multiple Listing Services.

The HomesUSA.com™ New Home Sales Index showed the Days on Market (DOM) for new home sales statewide in November was 112.85 days, up marginally from 112.81 days in October. 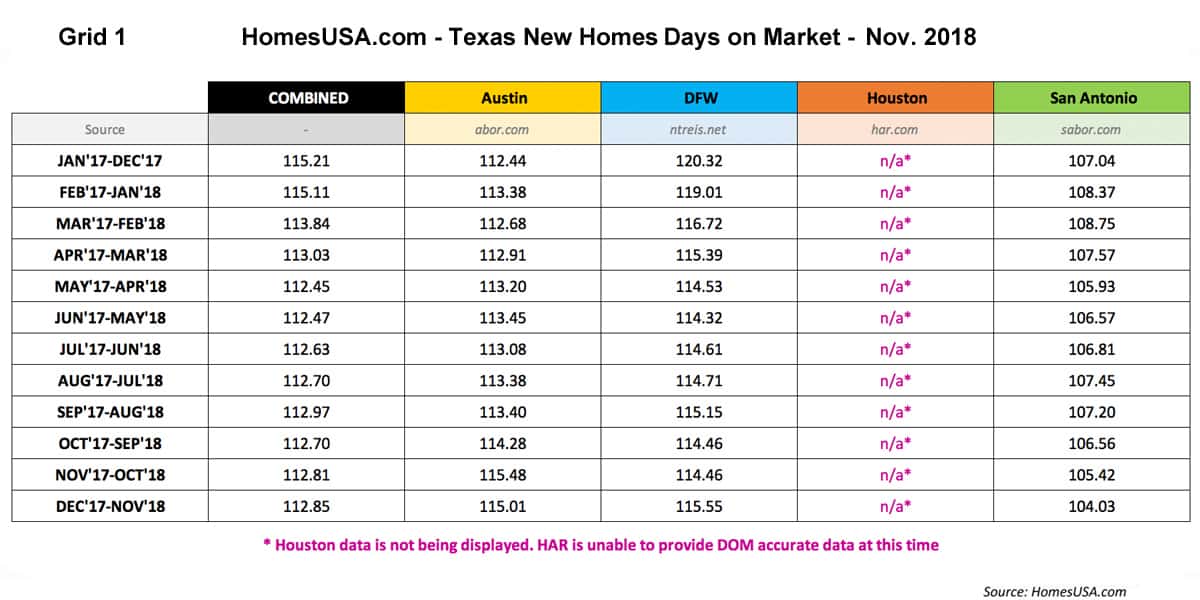 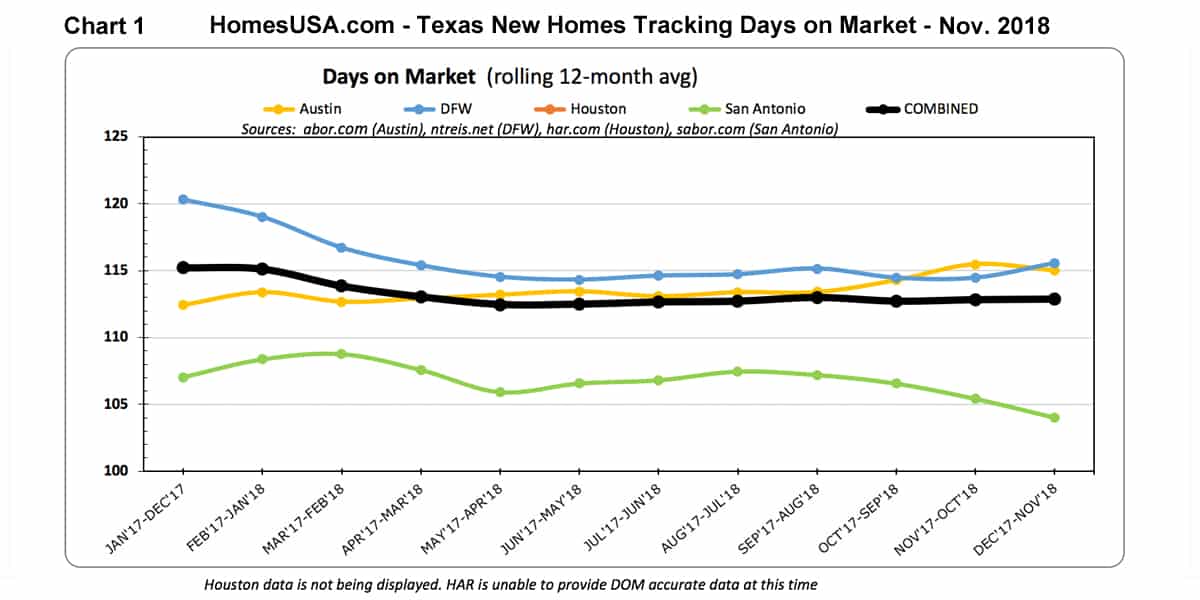 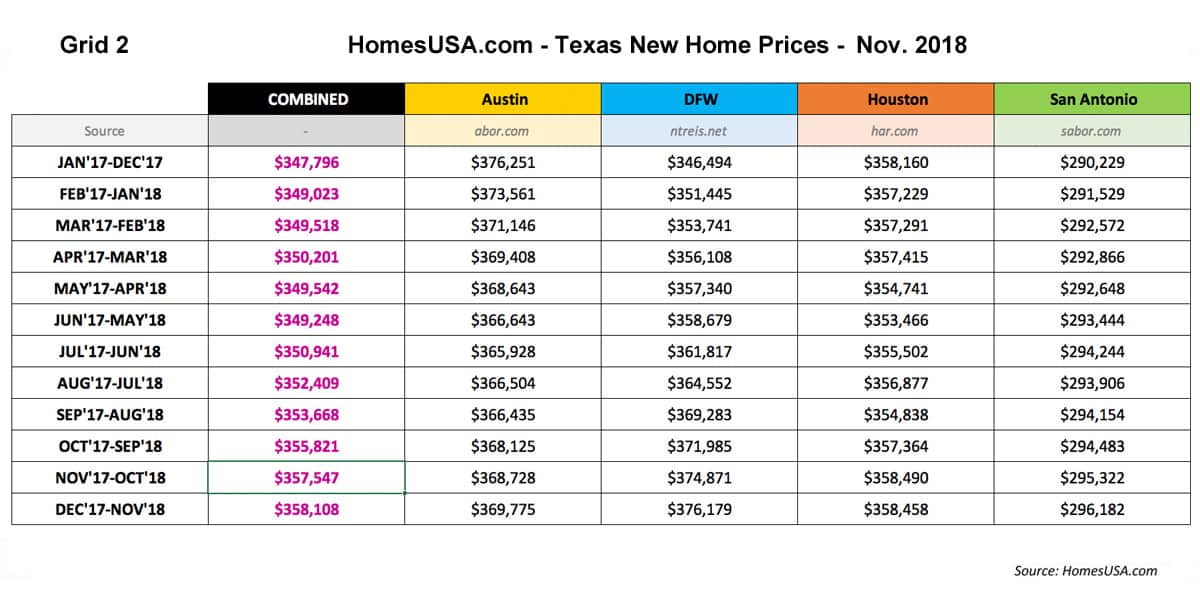 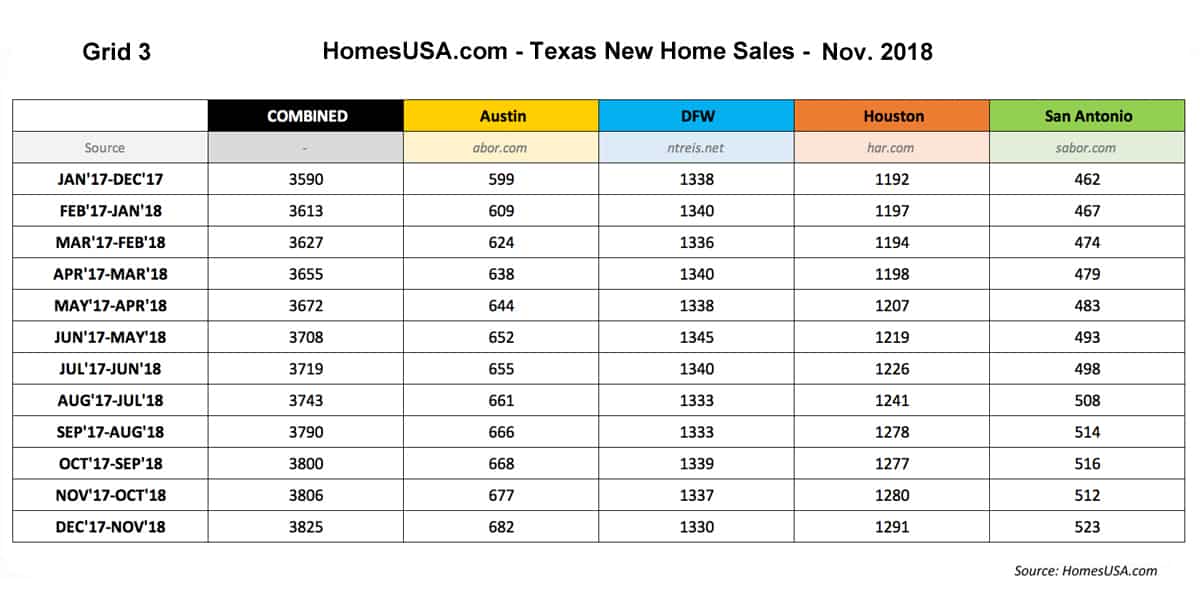