The new home sales pace in Dallas-Ft. Worth, Austin, and San Antonio remained roughly unchanged for August, as the Days on Market (DOM) for new home sales statewide remained nearly flat at 112.97 days last month versus 112.70 days in July. (Due to technical issues the Houston Association of Realtors is experiencing, they are unable to provide Days on Market data. This report will be updated when data is provided.) 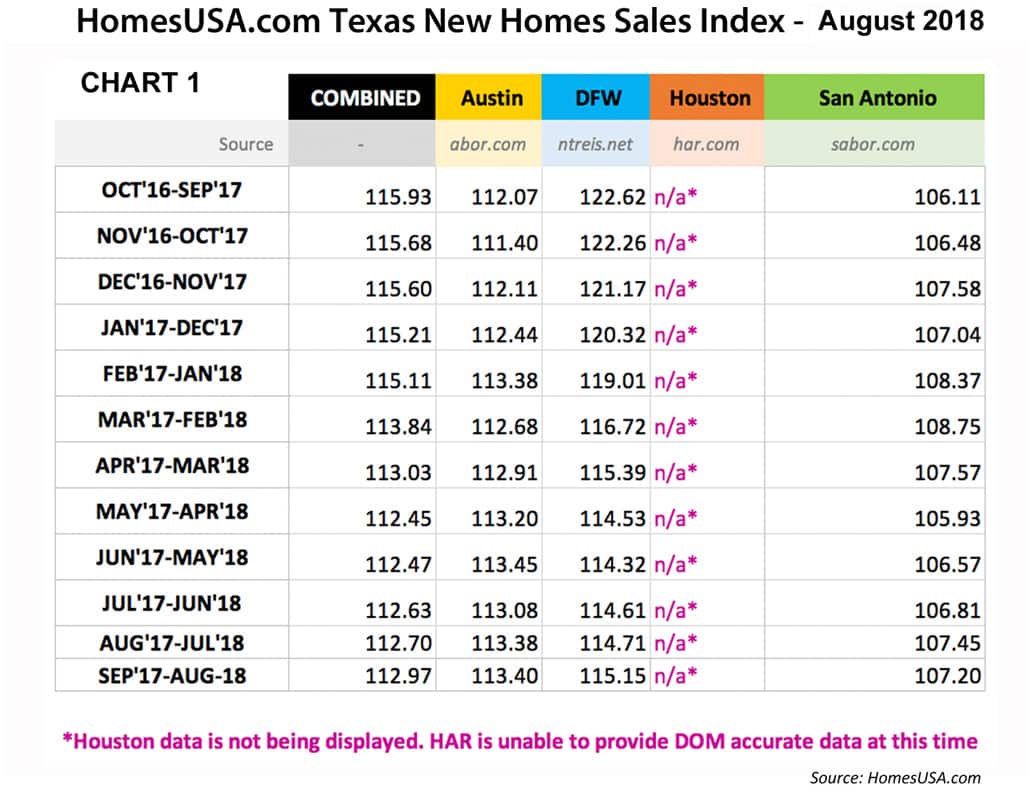 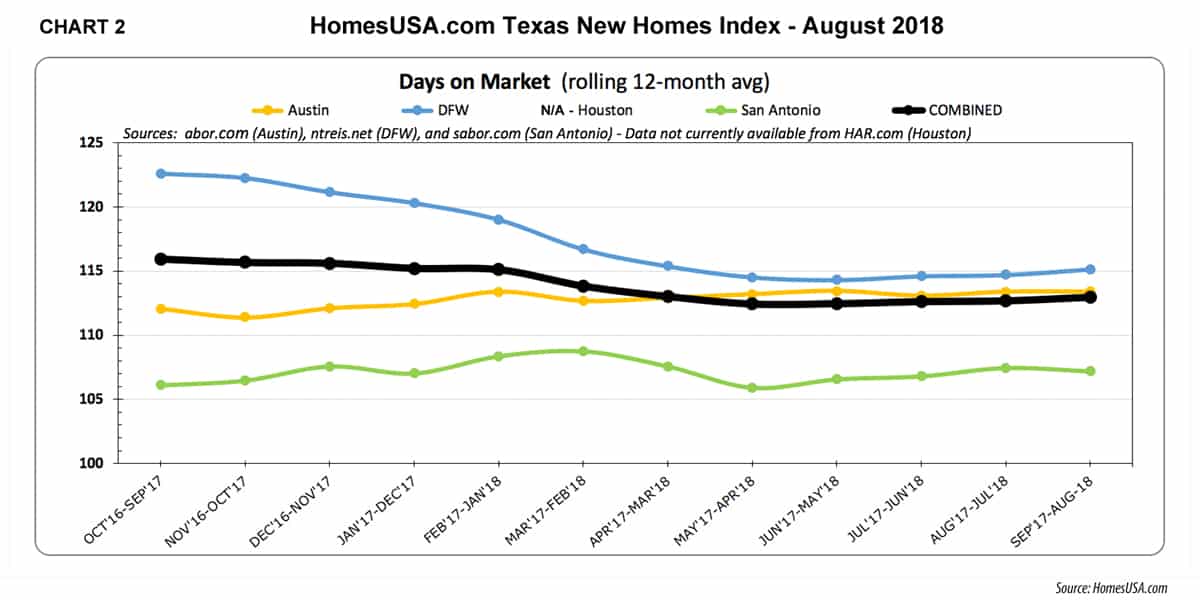 The big news for August was the record average of new home sales in Texas registered last month. The rolling average of total new home sales in the four largest market – Dallas-Ft. Worth, Houston, Austin and San Antonio – was 3,790 total home sales. That’s the highest level for the year, up from the previous high of 3,743 recorded the prior month in July.

“Texas new sales numbers continue to amaze,” said Caballero. “Even in Houston, total new home sales continue to improve each month while Dallas-Ft. Worth continues to report solid sales,” he noted, citing other information released today and compiled by HomesUSA.com™ from local MLS and trade associations, including the Houston Association of REALTORS, North Texas Real Estate Information Systems, San Antonio Board of REALTORS and the Austin Board of REALTORS.

NUMBER OF HOME SALES BY CITY

Three of the four largest new home building markets in Texas showed higher total sales last month, except its largest: Dallas-Ft. Worth. New home sales in Dallas-Ft. Worth remained flat, with 1,333 average home sales for both July and August. 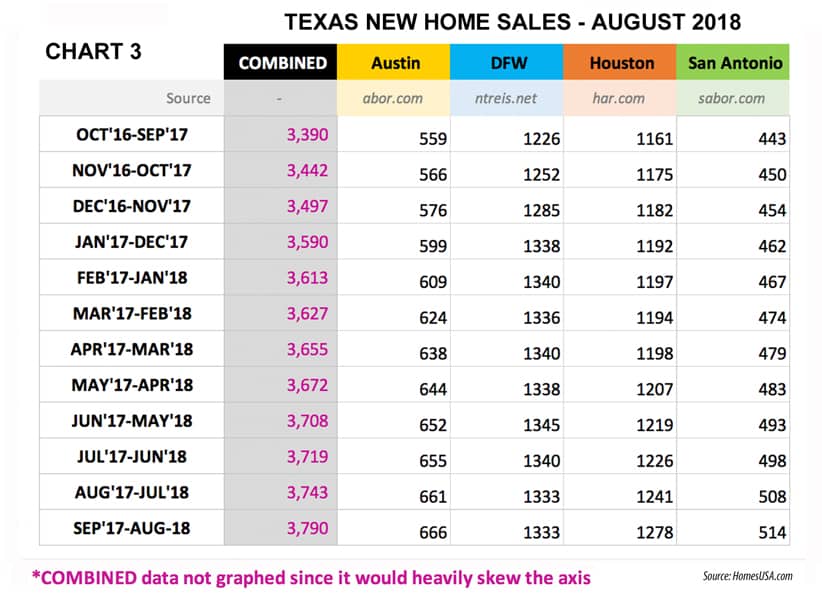 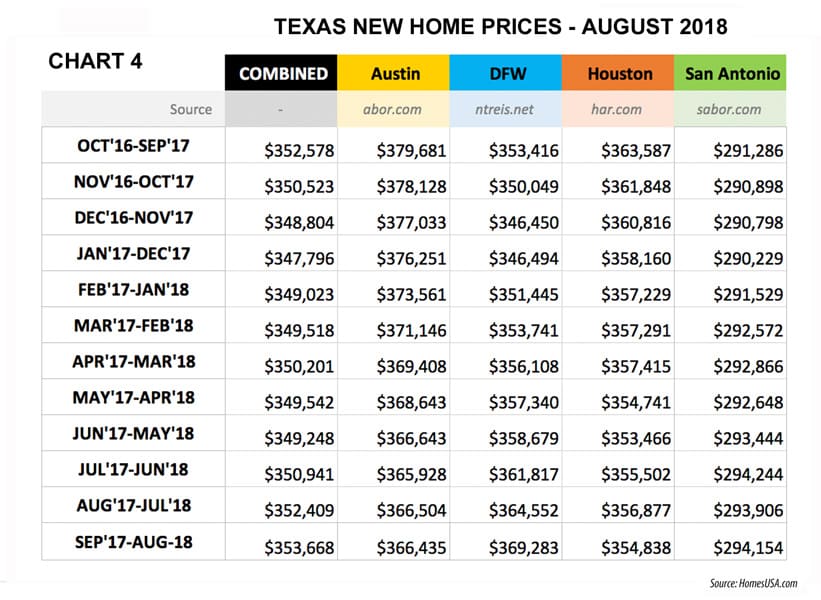 The HomesUSA.com™ Index is a 12-month rolling average of the Days on Market (DOM) for new homes listed in the local Multiple Listing Services (MLSs) for the four largest Texas markets, including Dallas-Ft. Worth, Houston, Austin, and San Antonio. Created by Ben Caballero, founder and CEO of HomesUSA.com and the most productive real estate agent in the world, it is the first index to track the sale pace of new home sales specifically;