Dallas, Texas – June 22, 2018 – New home sales in Texas last month were higher in all four of the state’s largest markets including Dallas-Ft. Worth, Houston, Austin, and San Antonio. But the Dallas-Ft. Worth market continues to significantly outperform all other cities in the state, according to the HomesUSA.com New Homes Sales Index and other information released today based on data from local Multiple Listing Services.

Dallas-Ft. Worth, the state and nation’s biggest new home market in total sales volume, was the only major new homes market in Texas that registered a faster sales pace of new home sales in the month of May, the HomesUSA.com New Homes Sale Index showed. It was also one of two major new home markets in the state that saw a jump in average home prices last month.

“Dallas almost looks unstoppable this year,” said Ben Caballero, owner of HomesUSA.com. “By every measure – total new home sales, strength in its average home prices, and the pace of home sales – the Dallas-Ft. Worth market keeps raising the bar.”

Statewide, the pace of Texas new home sales slowed last month, from 123.78 days in April to 126.02 days in May. However, the total sales of new homes statewide, and in all four markets, were higher for the twelfth-straight month in May, despite the fact it took a little longer to sell the average new home.

“Houston is having a bit of a problem,” said Caballero, “but despite the fact average new home prices have dropped, and its sales pace has slowed over the last three months, total home sales for the last nine months are still higher overall. Austin and San Antonio are also seeing strong new home sales this year as well, so once again our Texas economy is not showing any major signs of slowing down.”

Recently recognized by Guinness World Records as the world’s most productive real estate agent based on home sales, Caballero is sharing this Texas new homes data in advance of the upcoming announcement by the Commerce Department on New Home Sales for May. The Commerce Department will report nationwide new home construction data at 10:00 am Eastern, Monday, June 25, 2018. 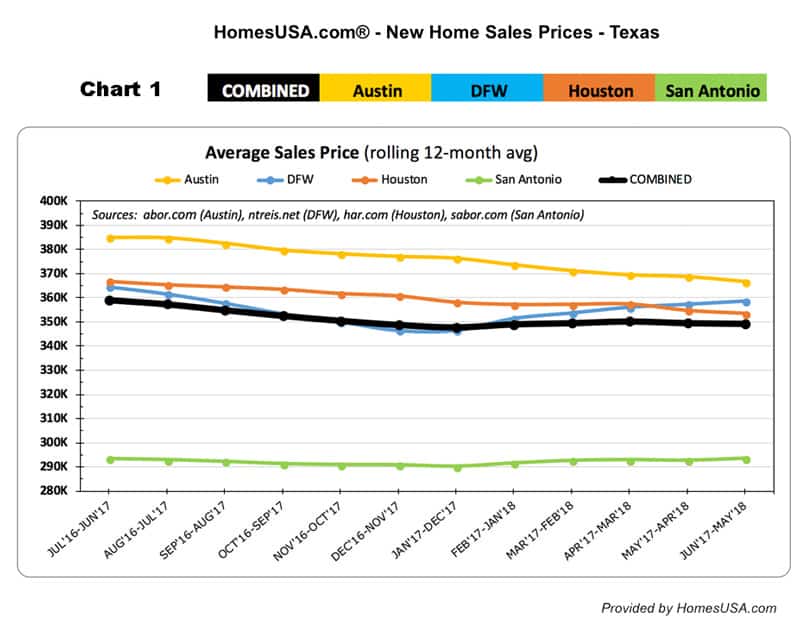 Texas New Home Sales Continue Upward Trend
Total new home sales statewide were up from 3,672 in April to 3,708 in May. That’s according to data compiled by HomesUSA.com from local MLS and trade associations, including the Houston Association of REALTORS, North Texas Real Estate Information Systems, San Antonio Board of REALTORS and the Austin Board of REALTORS. 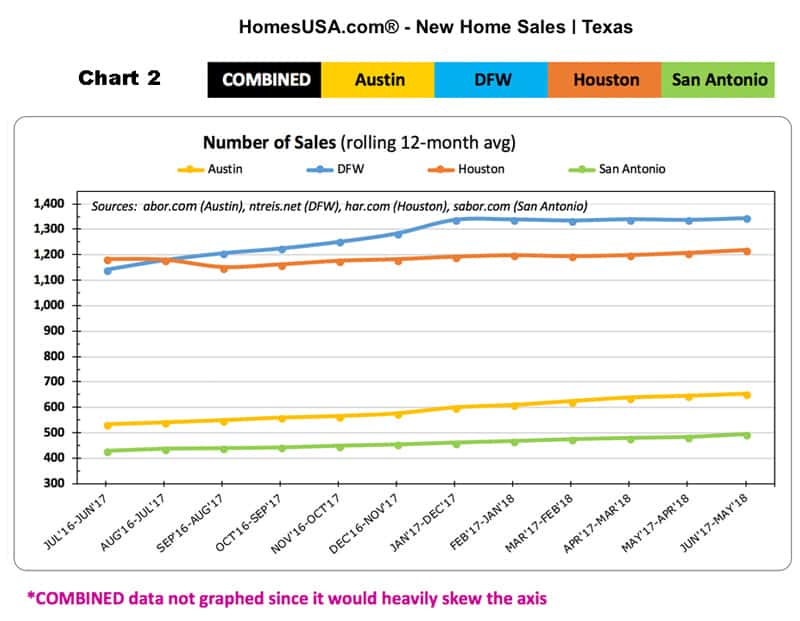 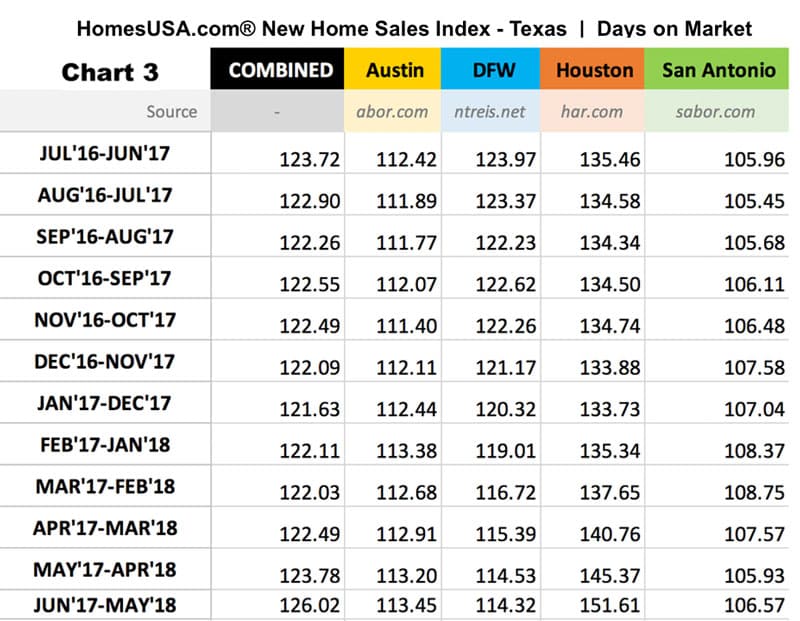 Created by Caballero, who was named “Most Innovative Real Estate Agent” by real estate news firm Inman News, it is the first index to specifically track the sale pace of new home sales. (See Chart 4 – New Home Sales Index – Tracking for 12 months to May 2018)