Houston, the second biggest new home sales market in Texas, saw its new home sales pace slow in April and its average sales price fall, according to the HomesUSA.com New Homes Sales Index and other information released today based on data from local Multiple Listing Services. Both Dallas-Ft. Worth and Houston reported similar news for February home sales activity.

The HomesUSA.com Index is a 12-month rolling average of the Days on Market (DOM) for new homes listed in the local Multiple Listing Services (MLSs) for the four largest Texas markets, including Dallas-Ft. Worth, Houston, Austin, and San Antonio.

Ben Caballero, owner of HomesUSA.com and recently named by Guinness World Records as the top ranked real estate agent in the world based on home sales, is sharing this Texas new homes data in advance of tomorrow’s announcement by the Commerce Department on New Home Sales for March. The Commerce Department will report nationwide new home construction data at 10:00 am Eastern, tomorrow, Wednesday, May 23.

“If you look at the trend lines over the last year, when it comes to the pace of new home sales, Dallas and Houston are going in the opposite direction,” said Caballero. “The strength of the Dallas-Ft. Worth new home sales market continues to impress,” he said, adding, “and the slowing sales pace in Houston is looking more like a trend than a bump in the road. Overall, Austin and San Antonio are still posting impressive new home market numbers, and the Texas economy is not showing any major signs of slowing down.”

While new home sales were strong statewide in Texas for April, sales growth was relatively flat. The rolling 12-month average of new home sales statewide was up from 3,655 in March to 3,672 in April. That’s according to data compiled by HomesUSA.com from local MLS and trade associations, including the Houston Association of REALTORS, North Texas Real Estate Information Systems, San Antonio Board of REALTORS and the Austin Board of REALTORS. 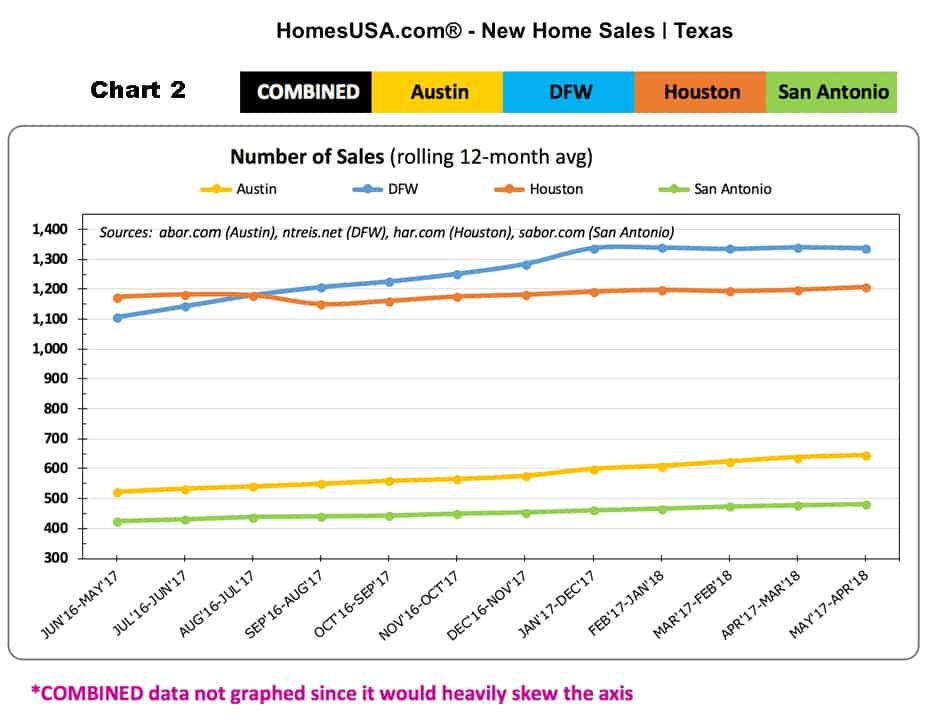 “There’s a huge difference between selling a new home and a pre-owned or existing home,” Caballero explained. “New homes are often listed for sale during the early stages of construction. This early market exposure allows buyers the opportunity to customize the home. Plus, by placing more inventory on the market, as it is being built, expands the inventory of available homes, and that’s especially helpful for buyers and agents in a tight housing market.” (See Chart 3 – New Home Sales Index – Days on Market – Monthly numbers1) 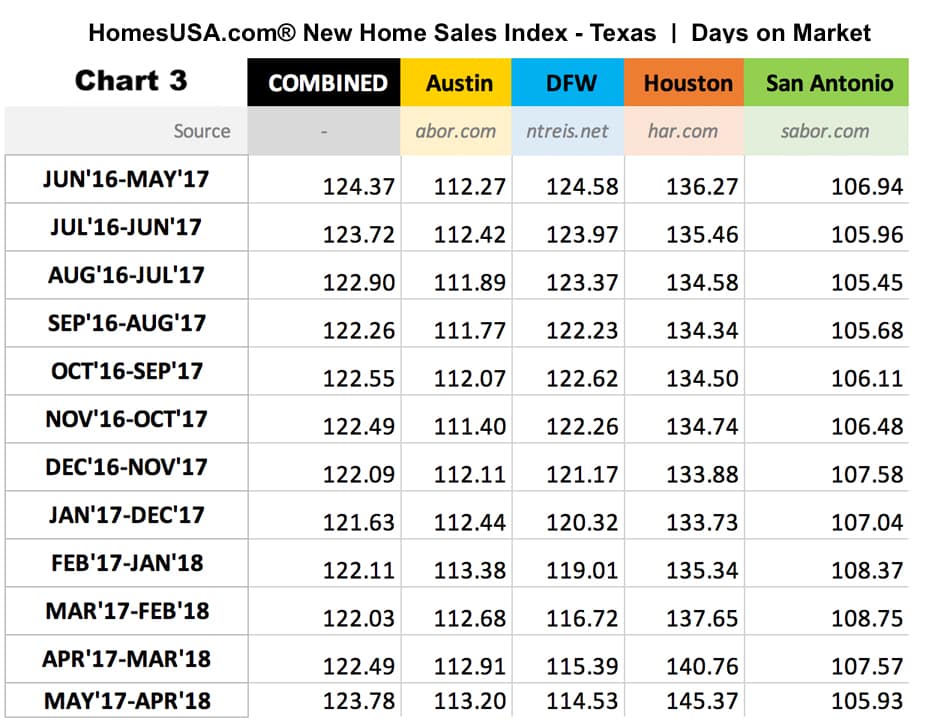 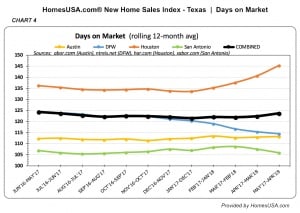