New home sales prices are increasing, and the pace of new home sales are showing signs of slowing in the four largest homebuilding markets in Texas, but total new home sales remain solid, according to the HomesUSA.com® New Homes Sales Index and other new home sales data released today.

The rate of new home sales in three of these four markets were either flat or showed marginal improvement, according to the HomesUSA.com New Home Sales Index for June, with Houston being the one exception. In the state’s largest homebuilding market, the total Days on Market for new homes fell from 135.28 days in May, to 134.28 days in June, the biggest improvement in the state last month and the only market in Texas to show a significantly faster new home sales pace for June versus May.

Overall, in the largest sales markets in Texas, the rate of new home sales showed a small improvement in June, according to HomesUSA.com, as the average number of Days on Market declined from 122.96 days to 122.52 days.

Ben Caballero, owner of HomesUSA.com and the number one real estate agent in the U.S., notes the fact that the Days on Market showed an overall decrease for the state of Texas, aligning with the Commerce Department’s announcement today on New Home Sales for June.

“The strength and endurance of the Texas homebuilding market continues to record new sales records, despite perhaps reaching a more normal level of sales and more moderate price increases,” said Caballero. “It’s a shinning example of what America does best,” he added.

New home prices
The average new home sales price in Houston dropped slightly, from a rolling 12-month average of $369,927 in May to $367,905 in June, according to data compiled by HomesUSA.com from the Houston Association of REALTORS® (har.com).

In Dallas-Ft. Worth, the average new home sales price rose from a rolling 12-month average of $383,816 in May to $385,393 in June, according to data compiled by HomesUSA.com from the North Texas Real Estate Information Systems (ntreis.net).

Austin saw its average new home sales price rise from a rolling 12-month average of $384,335 in May to $385,393 in June, according to data compiled by HomesUSA.com from the Austin Board of REALTORS® (abor.com).

San Antonio saw its average new home sales price drop marginally, from a rolling 12-month average of $293,765 in May to $293,336 in June, according to data compiled by HomesUSA.com from the San Antonio Board of REALTORS® (sabor.com).

In Houston, the rolling 12-month average of new home sales rose from 1,110.58 homes sold in May, to 1,117.42 homes sold in June, marking 12 straight consecutive months of growth for Texas’s largest New home market.

The rolling 12-month average of new home sales in Dallas-Ft. Worth rose slightly, from 1,029.67 homes sold in May, to 1,033.92 homes sold in June, with the prior month’s data showing signs of slowing.

The HomesUSA.com New Home Sales Index is a first of its kind index to track the sales activity of new home sales. Created by Caballero, who was named “Most Innovative Real Estate Agent” by real estate news firm Inman News, the index is an analysis by HomesUSA.com of sales of homes listed in the Dallas-Fort Worth, Houston, Austin and San Antonio local Multiple Listing Services (MLS). 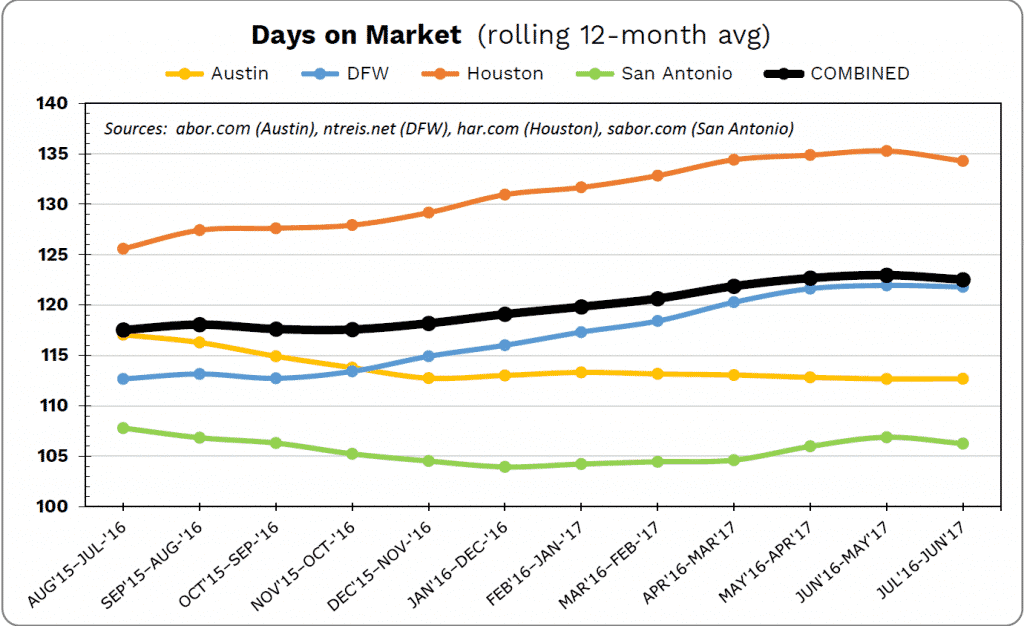