Addison, TX (June 26, 2017) – America’s number one real estate agent doesn’t cater to the rich and famous in Beverly Hills, or the titans of Wall Street in Manhattan. Ben Caballero is the broker-owner of HomesUSA.com®, based in Addison, Texas, and sells new homes to Texans for more than 60 top builders in Dallas-Ft. Worth, Houston, Austin and San Antonio.

REAL Trends ranks the top sales professionals in the United States by transaction sides and sales volume, and Caballero led the REAL Trends “The Thousand” in both the 2017 Individuals by Transaction Sides and 2017 Individuals by Sales Volume. This ranking is done in partnership with The Wall Street Journal and requires independent third-party verification.

But Dallas-Ft Worth area-based Caballero continues to point out that Texas is not as dependent on oil as it once was. “Dallas is headquarters to 21 Fortune 500 firms; Austin is a hub for technology, education and legislation; San Antonio continues to benefit from a massive military base; and even though Houston has oil dependency, it still continues to see more home sales and price increases,” Caballero said.

But Caballero does it differently than nearly every other agent on “The Thousand” list: essentially all of his transactions are for new home sales. Caballero invented an online technology for builders – provided by the company he owns, HomesUSA.com, which allows him to achieve these remarkable numbers. It’s a cloud-based listing management and marketing platform that streamlines the MLS listing and real estate marketing process for homebuilders. The HomesUSA.com platform allows builders to provide more accurate data to consumers while also dramatically increasing their ability to market their new home listings to real estate agents.

“Whether a Volume Builder chooses to manage their MLS listings in-house or outsource them to an agent, it’s a struggle to maintain them accurately when they attempt to do it manually. When you have dozens and dozens of listings, it’s nearly impossible to keep them updated and accurate when doing it manually, no matter how many people work on them. I invented a way to automate much of the process to ensure data accuracy throughout the life of the listing. The system I created also is what has enabled me to achieve record sales volume at a level that is really hard for most people to fathom, but it really demonstrates how scalable our technology is,” he added. Caballero grew his business in the last year from serving 40 builders to now serving 60.

“Builders really don’t effectively market to real estate agents and that’s what I provide. You can’t just enter a new home into the MLS and think that’s that. Every listing must be updated constantly on the MLS and that’s what my builder platform delivers. Plus, I provide every builder with custom marketing and production reports, a complete professional listing photography package for every home listed, and a lead capturing and forwarding system so they can quickly see how my system more than pays for itself: it saves them time and money.”

Caballero shows builders how his system also speeds up the sales process, typically between 10-30 days faster than comparable new homes in the marketplace. “Builders appreciate the extra value I deliver when they look at their competition and see that our system helps them sell their homes faster,” Caballero says.

From 2010 to 2016, Caballero’s total home sales volume totaled $7.2 billion. To put his 2016 new home sales numbers in perspective, Caballero sold an average of more than 68 homes per week, that’s nearly 10 homes a day, every day of the week, or more than one-and-a-half sales every business hour.

Caballero was a builder for 18 years and became a real estate agent at the age of 21. He developed his online platform in 2007. While the Caballero system is currently used solely in Texas, he expects it to soon rollout to other large volume homebuilder markets, including North Carolina and Florida. Builders interested can contact HomesUSA.com directly at (800) 856-2132 x300 or email Caballero at ben@homesusa.com. 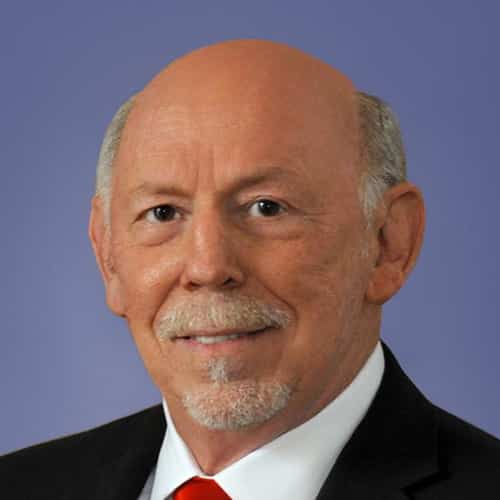 About Ben Caballero and HomesUSA.com®

Ben Caballero is the #1 ranked real estate professional in the U.S. in two categories: (1) number of real estate sales transactions and (2) cumulative transaction (dollar) volume. In 2016, he completed 3,565 home sales totaling $1.449 billion in volume. Between 2010 and 2015, he had 16,618 home sales totaling $5.765 billion in volume. Ben has been the #1 agent in the nation in these categories for the last 6 years and is the first and only agent in U.S. history ever to exceed the $1 billion mark for residential sales transaction volume in a single year, accomplished in both 2015 and 2016. Caballero is an acclaimed innovator and technological pioneer within the real estate industry. His drive to leverage technology has allowed him to reach unprecedented, historic levels of sales, as he developed a proprietary SaaS platform, HomesUSA.com, to aid him in servicing his clients. His individual record-setting production is only possible due to the efficiencies it enables. He was named a 2017 Inman Influencer and a SP2017 Trendsetter by Swanepoel T3 Group. Caballero received the 2014 Pinnacle Award for Real Estate Entrepreneurship, presented by Keller Williams Realty. He was named the Most Innovative Real Estate Agent by Inman News in 2013 and a finalist in 2016. He is CEO and President of HomesUSA.com, Inc., operating in Dallas-Fort Worth, Austin, San Antonio and Houston. He serves on the Board of Directors of the Greater Metro MLS, MetroTex Association of REALTORS®. A lifelong Realtor and former homebuilder, Caballero has been a real estate broker since age 21. Follow Ben on Twitter at @bcaballero and learn more about HomesUSA.com online.