Are Dallas home prices up or down? At what rate are they appreciating? We take a look at three different reports in this week’s roundup of real estate news.

Price growth dipped to 4.3 percent. In the 10 months prior, median home sales increased 5 percent year over year. Nationally, home prices were 5.5 percent higher in September, YOY, but those gains haven’t been as robust as the year goes on.

Preowned home sales, compared to 2017, have been flat. 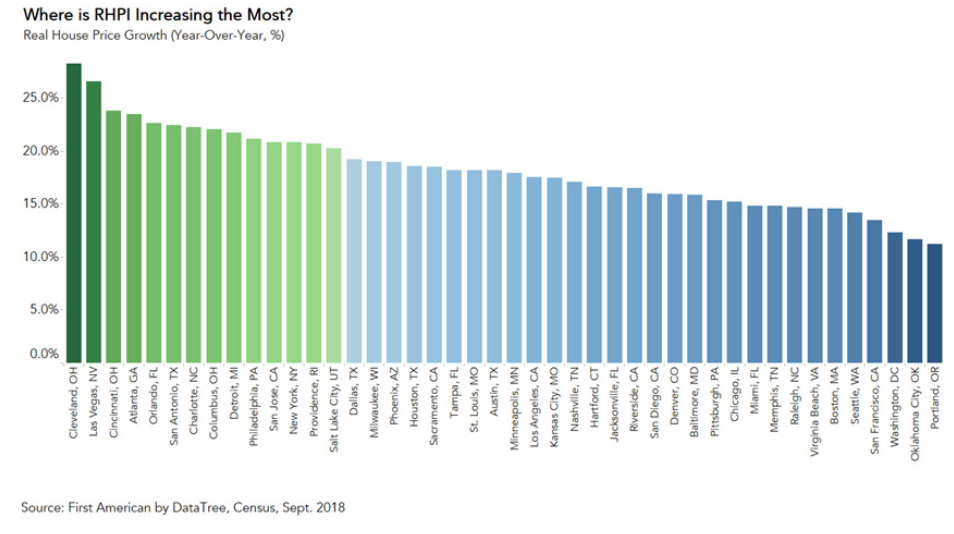 That increase is a signal that affordability will continue to be a problem, even in Dallas, where the RHPI hovers at about 20 percent.

If those numbers seem vastly different from other indexes, there’s a good reason. First American’s RHPI measures price changes of single-family properties adjusted for the impact of income and interest rate changes and the impact those things have on consumer buying power over time. It measures both home price increases, but also housing affordability.

DOM REMAINS UNCHANGED FOR DALLAS-FORT WORTH 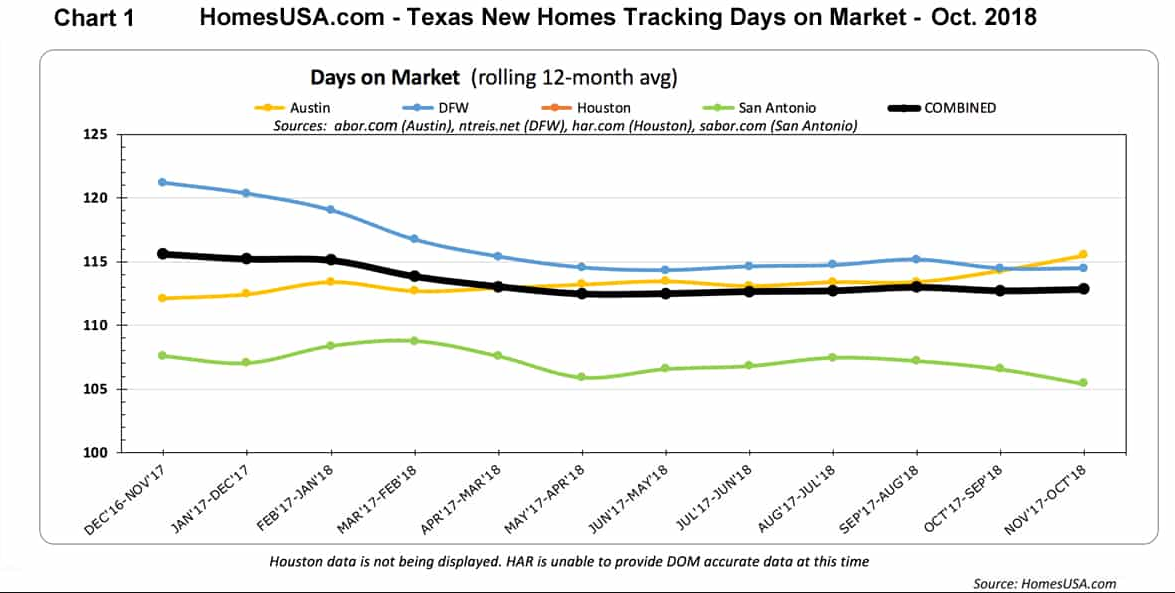 Days on Market for new home sales in the area remained unchanged in October, the HomesUSA.com™ Index showed. The average new home sales price increased for the second month in a row, but DOM remained at 114.46 days.

“Dallas-Ft. Worth area builders are still on track to set another record in new home sales,” said Ben Caballero, owner of HomesUSA.com™.